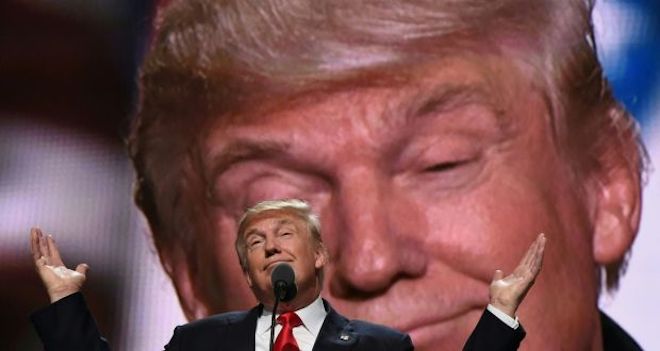 Donald Trump got an important assist from a close friend of his family in getting into Wharton, according to a former University of Pennsylvania admissions official. In an interview with The Washington Post, James Nolan acknowledged that in 1966 he had a phone call from Fred Trump Jr. asking him to help his younger brother Donald gain admission to Wharton.

“He called me and said, ‘You remember my brother Donald?’ Which I didn’t,” Nolan told the Post.“He said: ‘He’s at Fordham and he would like to transfer to Wharton. Will you interview him?’ I was happy to do that.”

Not long after the phone call, according to the Post, Donald Trump arrived at Penn for the interview, accompanied by his father, Fred Trump Sr., who attempted to “ingratiate” himself, Nolan said.

BACK THEN, WHARTON ACCEPTED MORE THAN HALF ITS APPLICANTS

Nolan, who told the newspaper that he was the only admissions official to talk to Donald Trump, was required to give Trump a rating, and he recalled, “It must have been decent enough to support his candidacy.”

Nolan, now 81 years old, and Fred Trump Jr. had been best friends. They went to high school together and spent many hours in the Trump family home in Queens. Nolan told the Post he was sure the family hoped he could help get Trump into Wharton. The final decision rested with Nolan’s boss, who approved the application and is no longer living, according to Nolan, who would later become director of undergraduate admissions at Penn.

Yet, at the time, Wharton’s acceptance rates were nothing like the 6.49% admit rate today. In the mid-1960s, when Trump got into Wharton, the school accepted more than half of its applicants, Nolan told the Post, and transfer students had an even higher acceptance rate. “It was not very difficult,” Nolan said of the time Trump applied in 1966.“I certainly was not struck by any sense that I’m sitting before a genius. Certainly not a super genius.” A Penn official said the acceptance rate for 1966 was not available but noted that the school says on its website that the 1980 rate was “slightly greater than 40%.”

In any case, Trump transferred from Fordham to Wharton as a junior and graduated from Wharton in 1968. Ever since Trump has claimed that his graduation from Wharton is evidence of his intellect. Trump asserted that he went to “the hardest school to get into, the best school in the world,” calling it “super genius stuff.” Only last month, President Trump pointed to his studies there as he awarded the Presidential Medal of Freedom to conservative economist Arthur Laffer. At that time, Trump claimed that he had studied the Laffer curve for many years in the “Wharton School of Finance,” even though it was not created until 1974, six years after his graduation from Wharton.

‘FIRST IN HIS CLASS’

It was a 1973 article in the New York Times that said Trump graduated “first in his class” at Wharton. However, it would later become clear that Trump’s name was not among top honorees at his commencement. Nor was he on the dean’s list his senior year, meaning he was not among the top 56 students in his graduating class of 366.

Many of Trump’s peers in the Wharton Class of 1968 agree that he did not stand out academically, according to The Daily Pennsylvanian, the student newspaper at Penn (see Trump Failed To Excel At Wharton). The newspaper quoted 1968 Wharton graduate Louis Calomaris who recalled that “Don … was loath to really study much.”

‘THE DUMBEST GODDAMN STUDENT I EVER HAD’

One of Trump’s marketing professors at Wharton, the late William Kelley, apparently thought little of his student. A close friend of the professor, Frank DiPrima, said that Kelley told him 100 times over three decades that “Donald Trump was the dumbest goddam student I ever had.” “I remember his emphasis and inflection — it went like this — ‘Donald Trump was the dumbest goddamn student I ever had,’” DiPrima wrote. “Dr. Kelley told me this after Trump had become a celebrity but long before he was considered a political figure. Dr. Kelley often referred to Trump’s arrogance when he told of this — that Trump came to Wharton thinking he already knew everything.”

Trump has consistently declined to release his college transcripts, and during his 2016 presidential campaign his personal attorney, Michael Cohen, threatened colleges with lawsuits if his academic records were released. Yet, Trump had no hesitation in falsely claiming that Obama was “a terrible student, terrible. How does a bad student go to Columbia and then to Harvard?”

He then challenged Obama to release his college transcripts, arguing that those records were important in determining whether a person was qualified to be president of the U.S.